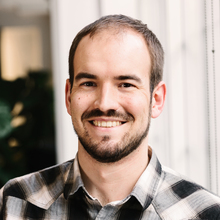 This is a growing collection of my musings and thoughts on my path as an engineering leader. I've grown a lot in the last decade+, and not everything here is my current state of thinking. Hopefully it's useful to you wherever you are on your own journey as a software engineer, a leader, or enthusiastic observer.

Today, I'm the Head of Engineering at Vanta, securing the internet and protecting consumer data, one business at a time. Vanta's revenue and team have grown like crazy since I've joined, and I'm grateful to have a seat on the rocketship. 🚀

Previously, I spent six years at Dropbox learning a lot about engineering leadership very quickly. In the first five years, I cofounded Dropbox NYC and served as its site lead, overseeing growth from 0 to 160 with 90 engineers responsible for mission-critical products and infrastructure. I worked with an incredible group of people building the cultural and technical foundation for Dropbox's first engineering presence outside of headquarters, and it was an amazing experience. In my last year at Dropbox, I moved to San Francisco and led our Application Platform group, which was responsible for essential contributions to a number of major releases that year.

Before Dropbox, I built Hoot, an Android video messaging app, and a few other things with my business partner, Christina. Hoot was the first mobile app for both of us, and, as with any new technology, the victories were as glorious as the impasses were frustrating. Before that, I was at Hunch (later eBay via acquisition) and Meebo. I am constantly reminded of my gratitude for the mentorship I've received. Much of what I know has come from patient, talented coworkers.

At Stanford, I studied computer science and left with undergraduate and master's degrees. I did my best to exhaust the course catalogue's supply of systems courses, though I may have left a few behind.

As an individual contributor, much of my work has been in infrastructure and machine learning, architecting and building large-scale systems to make sense of lots of data. I spoke on these topics at PyCon 2011 and PyCon 2012. I've also explored the depths of Android development – there are some interesting fish at the bottom of that sea.

I recently presented an introduction to retrospectives at Vanta as a tool for teams to use in a hypergrowth environment. The presentation was well-received, so I’ve converted it into a post in it’s interesting to others, too! Why retrospect? Companies that are growing as quickly as Vanta are moving fast...

I’ve had a few major inflection points in my career as a manager. Previously, I’ve written about managing without domain expertise. Recently, I’ve had an opportunity to reflect on another: management beyond relationships. I have high EQ, which, for whatever reason, stands for “emotional intelligence” – I read people well...

Every few years, I update a document that lists my values, my modus operandi, and a few fun facts. Here’s my latest, written at Vanta in March of 2021. What I value Delivering impact: I want my team to take on important work, deliver it, and take pride in the...